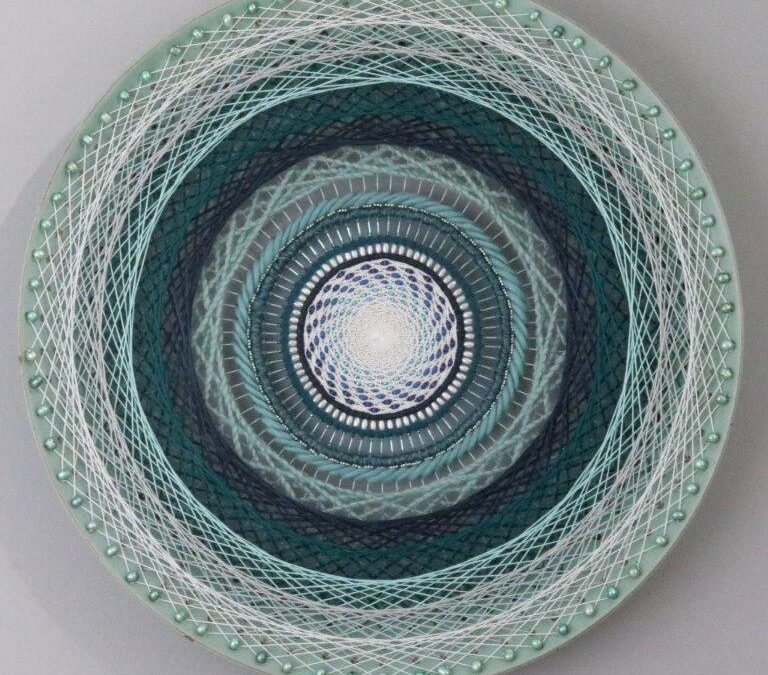 I love nature documentaries, especially those that reveal the underwater world. This piece is a nod to one I saw recently in which I watched an epic battle between a pod of dolphins and a giant shoal of sardines. The dolphins worked together in a 3d coreographed dance to corral the fish into an ever-tightening bait ball and easy pickings, meanwhile the sardines flashed this way and that, swarming to desperately avoid becoming someone’s dinner. Alas, it was all in vain as within minutes they were all gone.
On a side note, I am often asked what my frames look like before I weave into them and so I have included an image of the frame for this piece in the images below. The picture was taken once the clay had begun to lose some of its moisture, at a phase known to potters as “leather hard” meaning that it is firm and can support itself but is not yet dry or brittle. At that point I mapped out my hole pattern, in this case 7 concentric rings of 70 holes. Drilling all 490 of them was a time-consuming and nerve-wracking task, not to mention later making sure they didn’t clog with glaze in the final fire. In the end it’s been mostly covered up with the fibers and beads, but for me it is the unsung hero of the piece. 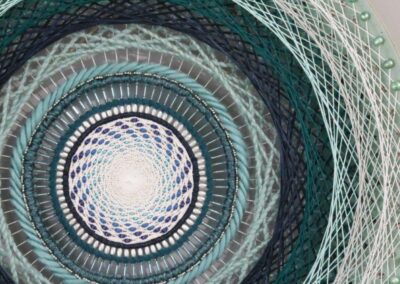 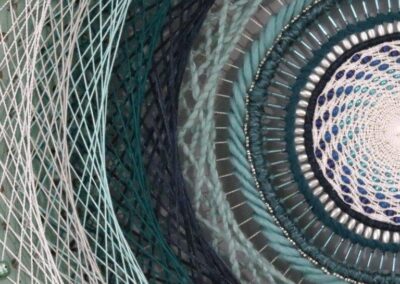 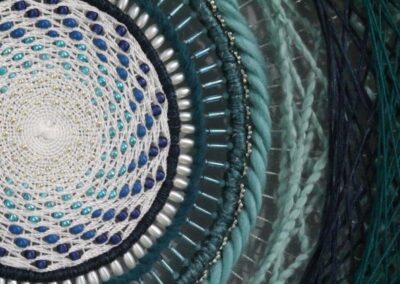 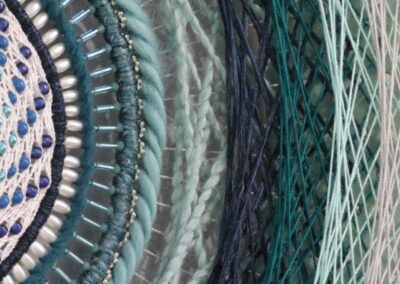 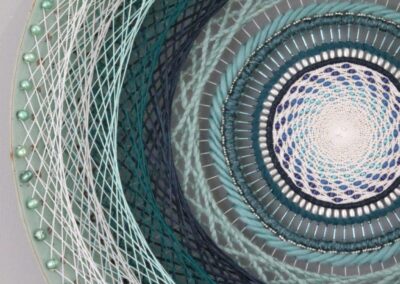 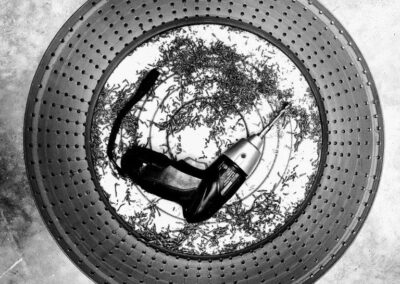