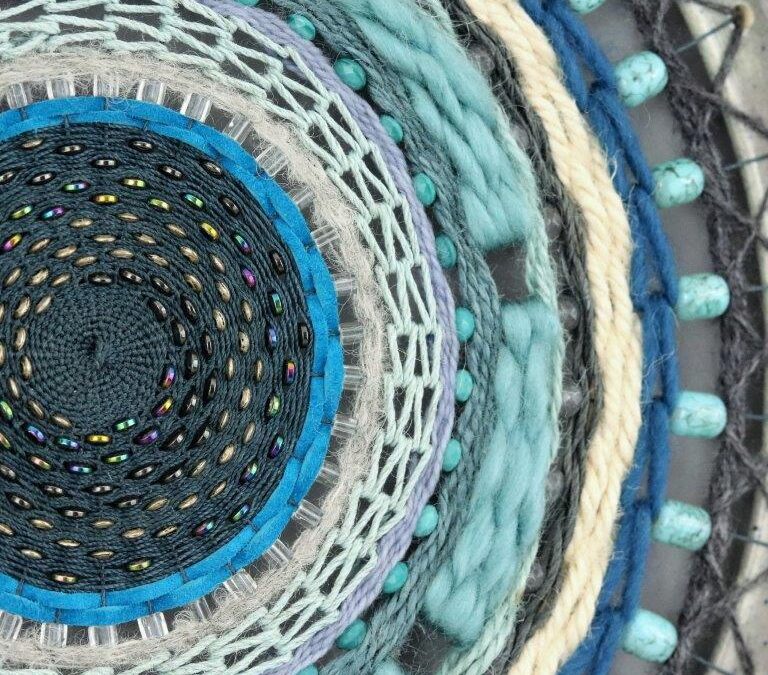 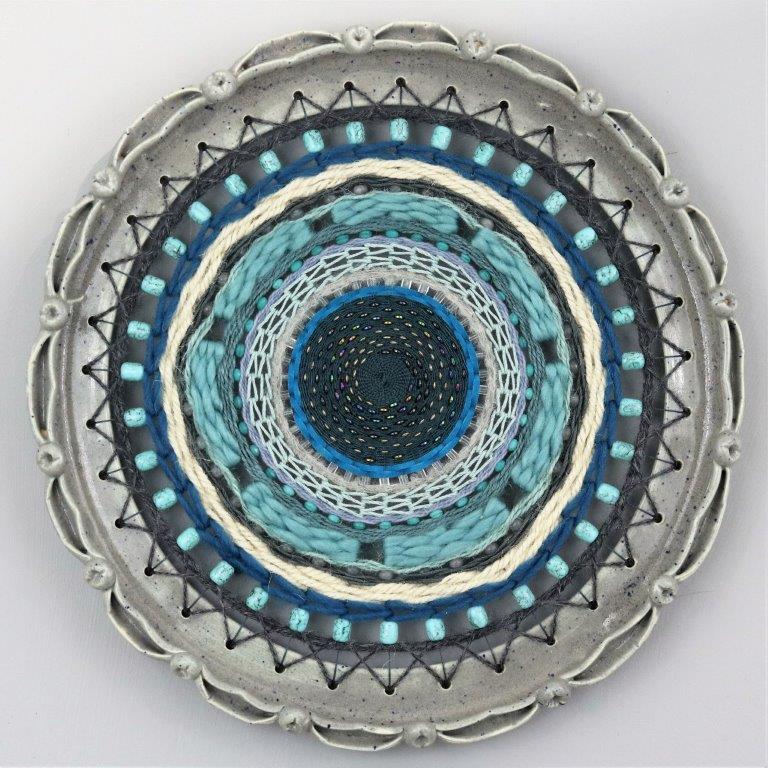 This piece was inspired by the colors and sights to be found in Glacier Bay, Alaska.   All of the colors were surprising to me – the water was a minty green, the glaciers were teal and grey, the land was a deep charcoal.   All of it was on a grand scale and its majesty was undeniable.

Sometimes when you think you’re done, you’re actually not. This is a piece that I made some time ago. I was happy with it at the time, but as I have passed it on the wall and taken note of it, I had gradually begun to realize that it didn’t feel quite right to me. Like a tiny pebble in your shoe, I was able to ignore it for a while, but eventually had to do something about it so it came off of the wall and back to my weaving room where I added just 1 element – the ring of darker blue inside the outermost ring circle of beads. That’s it. Just 1 little thing and, for me at least, it has transformed the piece. 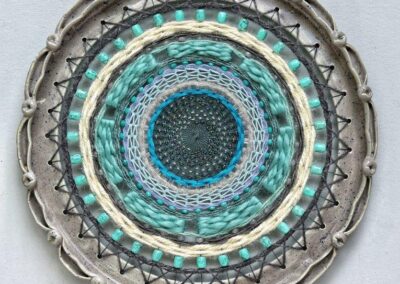 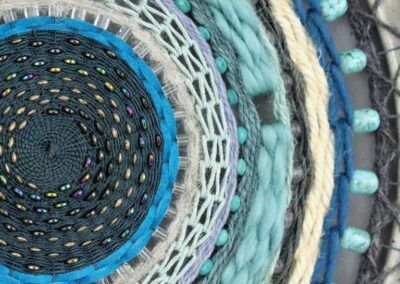 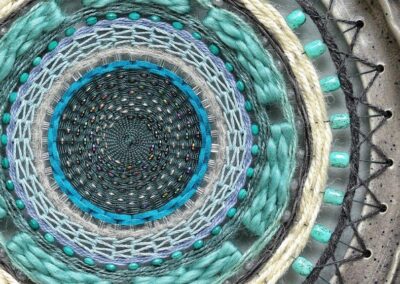