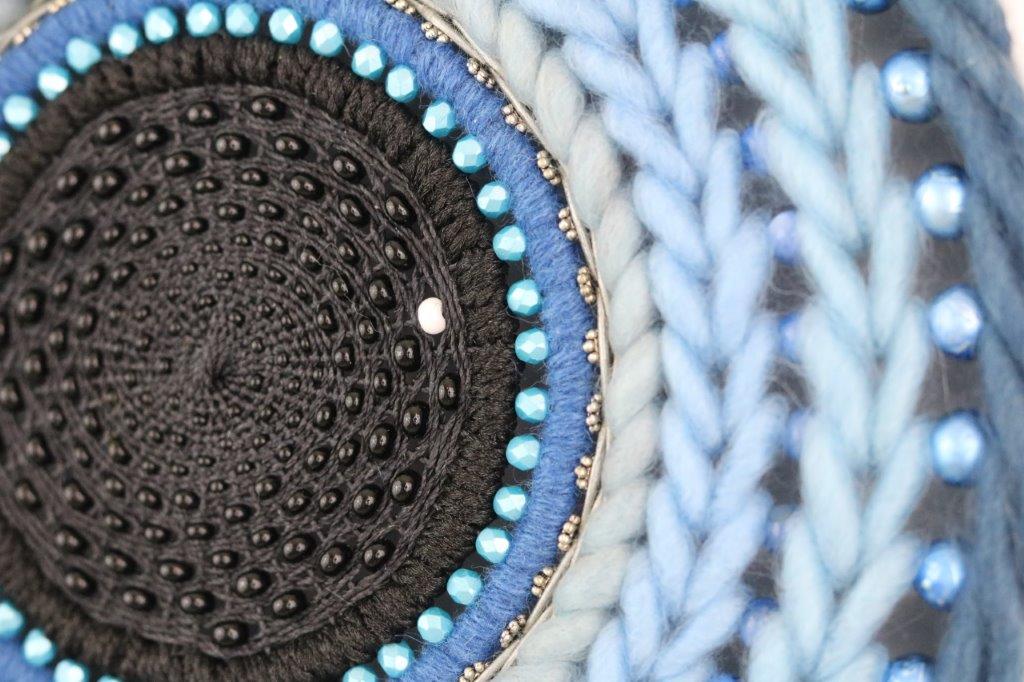 A while back I envisioned a collection of eyes grouped on a wall so that it appeared that the wall was looking back at the viewer. The idea of it puts a smile on my face and a twinkle in my eye. The first grey piece in that collection, called Watching, is called Twinkle.

I never understood why envy or jealousy is attached to the color green, specifically eye color. As I was making this piece I pondered it, even going so far as to ask Mr. Google what he thought. It seems that Shakespeare and the Greeks have something to do with it. Some of my favorite people have green eyes and they’re lovely!  The second piece for my Watching collection is called Envy.

Have you ever felt like you could drown in someone eyes – especially when they are as blue as the sea?   This is the third one for my Watching collection, and it is called Eye Sea.

I never felt like my brown eyes were anything special – as compared with blue or green – until I heard Van Morrison’s Brown Eyed Girl.   Then I knew I was wrong.   This is the fourth piece in my Watching collection, and it’s called Brown Eyed Girl.